Building a Mobile World with Security in Mind

In today's world of born-on-mobile businesses, it’s becoming incredibly easy for a developer—whether they work for a multinational enterprise or cofounded a startup in someone’s garage apartment—to create a mobile application (app) and quickly deploy it to the market.

Managed print services (MPS) continues to evolve. Today, so much more than hardware is managed.

The Labelexpo Global Series hit Rosemont, IL from September 9 to 11, 2014 with Labelexpo Americas.

The Android Developer Conference (AnDevCon) took place in the Boston, MA Sheraton Hotel from May 27 to 30, 2014.

It’s increasingly difficult to get developers interested in projects because so many technologies out there are jostling for their time. With all this competition, developers are able to be selective about which technologies they choose to learn and use to achieve their design goals. 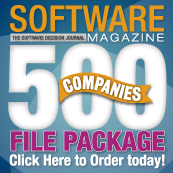 Werner Vogels’ famous quote “You build it, you run it,” advocating shared responsibility between developers and operations...

As a software developer, you want your prospects, customers, and partners to have confidence in your company...

Whose Fault is it if Software Escrow Doesn’t Add Value?

I recently attended an event where I had the opportunity to mingle....

9.15.2020 YASH Technologies, leading technology services and outsourcing provider, announced that it has entered into partnership with Snowflake...

In an effort to make eyecare safer and easier for both optometrists and their patients, a digital platform called Opti-Xpres has launched nationwide to help with patient onboarding

9.17.2020 EPLAN will be offering new licenses exclusively as subscriptions. EPLAN CEO Sebastian Seitz explains the move: “For our customers...

9.16.2020 Specialist RegTech provider Shield today announced it has joined the IBM Cloud for Financial Services ecosystem and intends to onboard...

Established in 1998, Comodo is a private company...